The RSPCA is walking a very slippery tightrope and it’s almost amusing to watch them backpedal.

Their intentions were very clear in the first published statement: holding for three days instead of eight days. Since then there have been cries of misunderstanding/back pedalling and in the end it comes down to trust. Is there any? Not from most of the rescue sector.

To recap:  The RSPCA asked their supporters to agree to the three day period replacing the eight day period, primarily for ‘health’ reasons.

What happens with the 13 per cent of owners whom the RSPCA admitted themselves turn up after the three days to reclaim their pets?  The RSPCA have NEVER clarified this. So we would have to presume that the owner was either told they were too late or most likely that the adopter/rescue group had to sign a form saying they would return the dog on request.

There are many councils which try to insert this clause when dealing with the rescue sector. It enables them to pass on a pet and if there is a complaint from an owner who turns up, well they ask for the pet back.  So we do understand where they are coming from and dislike this blatant use of rescue as a holding facility.

And where does it leave an adopter from the RSPCA. If they have been lucky enough to adopt a healthy animal already desexed on arrival, will they have to return the dog to the original owner also?

Then, not surprisingly,  there was a community backlash, including a petition as well as an article in the Herald Sun.

Do you understand that? We didn’t.

Then followed an ABC interview where CEO Liz Walker talked about nuances and it sounded like microchipped pets would be kept eight days and only others passed on after three days.

We sought clarification from the RSPCA on these nuances and received it.

Now, the RSPCA is making a distinction between identified (microchipped, tagged or registered) pets that can be desexed, fostered out after 3 days of quarantine but not passed on to rescue/or adopted out till day nine.

This means owners looking for their pets may not be able to view their lost pets,  but would be dependent on being advised of which pets were in foster.

We do not accept this. The only pets fostered out should be a duty of care to an ill or non-coping pet where they should be moved to foster. But how clearly this indicates what it is all about – moving the pets from the RSPCA kennels where they are taking up space and costing money.

Under the RSPCA’s current proposal unidentified pets are still able to be rescued or rehomed after three days.  This makes the presumption that it is the owner who is irresponsible and has not done the right thing. However the pet’s family may be away; a collar may have been removed with a council tag on it; or a microchip could have moved or not been scanned properly. (We believe all vets should have to scan and check the chip each time a dog comes in but we know from our own experience they do not.)

There are still many pets in the care of older people in particular, and a higher number in rural areas, that are not chipped;  the owners may not have a car, they may not use the internet. It can take time. Is three days time enough? No, especially in rural pounds where information is often limited and they have very short opening hours. Straying pets can be moved out of their area by well meaning people so searches may have to cover a wide area.

Yes, this will not only apply to the RSPCA but to small rural pounds as well, as all fall under the same Code and legislation.

Where does that leave rescue even with the unidentified dogs in a small country pound? At the moment there is a rescue run once a week.  In some pounds, the dogs and cats currently not taken will be killed when the run leaves. Are they really expected to  hold them the 9 days just to kill them? This  is bizarre. And the north-west rescue route that services so many pounds, cannot, physically or mentally or in terms of available space, carry out two runs a week.  The rescue sector is already having to let dogs and cats be killed because they cannot keep up with the demand.  Imagine how difficult and heart-wrenching  that is for the compassionate people that work in rescue, seven days a week.

This is also the reason we are so stunned by the Epping proposal, put forward by Whittlesea Council,  that they will not bother rehoming.  All unclaimed pets can go to rescue. Where is this all coming from?

So an unidentified pet could be taken to Melbourne, say from Robinvale pound. Then the owner turns up after three days. Is rescue supposed to return the animal? Or does the pound tell the distressed owner who have been looking for their dog they no longer have a right to the pet. We repeat that the RSPCA has never clarified what happens with an unidentified pet that has been rehomed or transferred to rescue when the owner turns up.

We support the aim of the RSCPA that any stray in their care can be desexed as soon as possible, but only if there is no cost to the owner.   We would not want someone barely able to raise the fee to recover their pet to have this added as an extra cost, and perhaps have to abandon their pet in the shelter.

Why is there no mention of surrenders? This seems an obvious one. Surrenders can be currently killed on entry, so the RSPCA don’t need to worry too much about the three or eight days. If this is a genuine plea for the health and well being of the dogs/cats why is the RSPCA not specifically asking that surrendered pets be allowed to be processed within three days, that is held three days then rehomed/transferred. This would indicate a genuinely compassionate motive and one that we are sure would be supported.

But, no, there is no mention of surrenders. Could it be because they are able to dispose of these surrendered pets anyway without holding for eight days?

You may read the above and trust the RSPCA. Our past experience with the RSPCA – their amoral attitude to the $300K they left Mildura with, the killing of the greyhound Dash and the lies surrounding his death, and other memorable moments – does not permit us to trust their motivation. It is also a concern,  at a time when we are seeking clarity with the mess that is the Domestic Animals Act and the Code of Management for Pounds and Shelters, that this proposal is going to cause  confusion rather than simplify; and make the role of, and the pressure on, the rescue groups ever more difficult.

If you trust the RSPCA, agree with their proposal. The Greens and the Animal Justice party have said they do not. The Liberal/National Party have said there is no proposed legislation and they would consult further, including the rescue sector, before any action. The Justice Party merely quoted the RSPCA’s response. The Labour party did not seem to respond at all.

If you trust the RSPCA agree.  If you do not, we urge you to continue sharing the petition and writing to those with a voice as listed in the first campaign message. 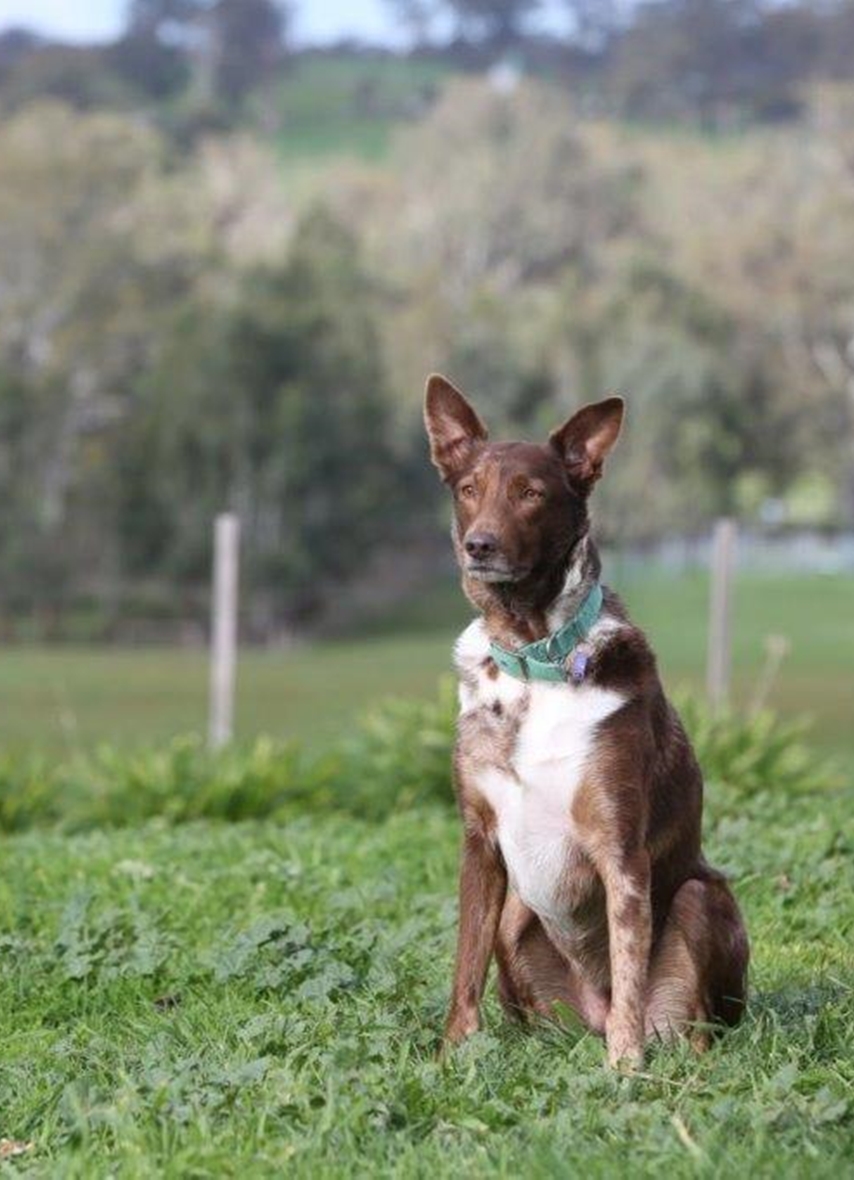 Don’t stop the clock at 3 days

Please help us campaign against the 3-day rule.

The RSPCA want to turn the clock back!  They want every shelter and pound in Victoria to be able to kill your lost family pet in less than week.  You will have three days (not eight as now) to claim your lost pet, or they can be killed or rehomed.

They say it is better for the pet: it is not. It is convenient for Councils and better for big shelter profits.

Most rural pounds kill pets as soon as they can if they are not reclaimed or rehoused. Rescue groups struggle to get there in time to save them. Instead of happening at day 9, this will now happen at day 4. So instead of one lot of pets to rescue a week, there will be two.

We cannot let them send us backwards in how we care for our pets, and how we try to save those that others have abandoned.

Please read the full outline here then follow these steps.

The parties listed are those the RSPCA have lobbied and are going to give a ‘score card’ too. Please don’t let this regressive move by the RSPCA pass without comment. Telephone/email as many as you can to let them know that you do not support this. Single emails are more effective than group ones.

And don’t forget your own member of parliament. So close to an election, perhaps they may even respond. And of course you can always let the RSPCA know your thoughts.

We have written a couple of suggested drafts for you – see below.

Please support us by making your view known.

Please do not support the RSPCA’s proposal to turn back the clock from 8 days to 3 days.

Give us the time to locate our missing pets.

Do not put more pressure on the rescue community to help  dogs and cats in rural pounds in such a short time, with some inevitably being killed.

Our pets matter to us.  Show us they do to you.